The average lifespan of a Indiana Jones set is 14 months where 7623 Temple Escape had the longest lifespan of 22 months.

Indiana Jones consists of 18 sets that ran from 2008 to 2009. Most sets were released in 2008 which accounted for 11 sets. It is comprised of 4 subthemes with the most sets in Kingdom of the Crystal Skull which consists of 8 sets and has an annual growth of around 8.7%. As of today, the average annual growth of all the sets in Indiana Jones is around 9.9% per year. The current value of all sets in new/factory sealed condtion is 5 506,12 €.

The LEGO Indiana Jones theme was released in 2008 and contained sets based on the Lucasfilm movies Indiana Jones. Each of the four Indiana Jones movies is its own subtheme and has at least two LEGO sets and all feature Indiana Jones searching for some priceless relic. The movies include Raiders of the Lost Ark, Temple of Doom, and The Last Crusade. The development of the Indiana Jones Lego theme followed a similar process to other Lego themes, with sets being designed by LEGO's team of designers in Billund, in consultation with franchise owner Lucasfilm. The theme also features in a video game series, Lego Indiana Jones: The Original Adventures based on the original trilogy. The theme was discontinued in 2009. The Indiana Jones sets proved to be one of the most popular LEGO themes.

There are also six other sets based on the fourth movie.

The sets from the the fourth movie are the River Chase which involves Indy, Marion, and an amphibious vehicle. It also includes a boat, a new dark green crocodile and tree outpost. The Jungle Duel is between Mutt and Spalko as Indy battles "giant ants near the breakable table, food supplies and tent". Indy and Mutt are near the entrance to a skull-like cave while evading a soldier in a Jungle Cutter and Colonel Dovchenko, and Indy has a bazooka to stop it in its tracks. The climax of the film in the Temple of the Crystal Skull includes many tricks, traps, and playability. Indy and Mutt must solve the puzzles of the temple before Spalko does. The final set, Peril in Peru, includes a few Russian vehicles, a captured Indy, Mutt, Spalko, Dovchenko and Russian soldier, as well as another eerie crystal skull!

The Brickmaster set includes Indy and a small green jeep-like car. And the last set which is unkown and was a special prize at comic-con includes a hill, some natives, Indiana jones, and his jungle cruiser. The hill has a giant skull on it with a jewel on its forehead.

Five new Lego Indiana Jones sets were released in the summer of 2009: 7195 Ambush in Cairo from Raiders of the Lost Ark which includes Indiana Jones without jacket (only shirt), Marion Ravenwood with the dress she wore in Cairo, a ninja in white clothing with a machine gun, a swordsman in black clothing with a sword, a fruit shop, a wagon and a basket.

7196 Chauchilla Cemetery Battle from the fourth movie which includes Indiana Jones, Mutt Williams, A Conquistador Skeleton, 2 Chauchilla Warriors, the cemetery, a scorpion, a golden treasure chest and a Crystal Skull.

7197 Venice Canal Chase from Indiana Jones and the Last Crusade which includes Indiana Jones in a suit with red tie, Elsa Schneider, 2 Grail Guardians with fezes, two boats and a dock.

Indiana Jones is a minifigure released in 2008 as the lead character of the Indiana Jones Theme. Indiana Jones is both a professor and adventurer. He usually wears a fedora, carries a shoulder bag, and his most commonly used weapon is a whip. He is the second Minifigure based on a character portrayed by Harrison Ford, the other being Han Solo, with whom he appeared in the Han Solo/Indiana Jones Transformation Chamber.

Indy's normal version, which is the variation used in fourteen of the twenty sets in which he appears has tan pants, a dark brown torso, and a regular flesh-coloured face. His legs are printed with two belts, one normal one printed in his hips, and another with a holster printed on it, that hangs lower on his legs. His torso is mainly printed with a dark brown jacket, but has a white shirt printed in its midsection. His face is printed with reddish-brown stubble, and he has a confident expression. His eyes are black, and his eyebrows reddish-brown. He wears a reddish-brown fedora.

This version of Indy is exactly the same as the traditional version described above, except, instead of his usual calmly confident expression, this variant features a grinning expression.
This variant appears in only one set, 7196 Chauchilla Cemetery Battle. The face was reused for a Hoth Rebel Trooper in the 75014 Battle of Hoth and for Rebel Commando in the 9489 Endor Rebel Trooper & Imperial Trooper Battle Pack.

The Desert version of Indy, which only appears in the set 7195 Ambush In Cairo, is identical to the regular variation, except for his unique torso.
It is a light tan colour, with nougat hands. The piece is printed with a jacket design, and is printed with buttons, pockets, and a collar. Near the top of his torso is an unbuttoned area of the jacket, showing the top of Indy's chest.

This version of Indy is nearly the same as the desert version only in the video game, it is unbuttoned farther. His torso is identical to that of the desert version, except for his right arm, which is completely nougat-coloured. His face is also different, and is, in fact, the same face that appeared on the Regular version of Indy with the open-mouthed grin. This variation is exclusive to the set 7199 The Temple of Doom.

This version of Indy, which appears only in the set 7682 Shanghai Chase, represents how he appeared in the first scene of the movie Indiana Jones and the Temple of Doom
He has pure black legs, and a primarily white torso. It has nougat hands and is printed with a black shirt and a white jacket, with a flower in the buttonhole. He is also wearing a black bow tie. His face is the usual part seen in most of his variations, and he has normal brown hair.

7197 Venice Canal Chase is the only set to contain this rare version of Indy, which depicts him wearing grey suit not seen anywhere else.
The minifigure has grey legs, and a mostly grey torso that depicts a grey jacket, a white shirt, and a dark brown tie, and Indy's usual head. Like the tuxedo variant, this version features hair instead of a hat. In the games, when wearing this suit Indy is actually referred to as "Indiana Jones (Professor)" or "Professor Jones Jr." This is because this is the suit he wears at the college in cutscenes.

Regular Indy in the game

In LEGO Indiana Jones: The Original Adventures, Indy appears in several of his physical variants (Regular, Desert, Tuxedo, Grey Suit, Kali) as well as several unique versions not seen in physical sets (Desert Disguise, Army Disguise, Officer). However, none of them exactly match how Indy looks physically, due to a different stubble pattern.

In LEGO Indiana Jones 2: The Adventure Continues, Indy appears in several of his variations.

In LEGO Star Wars: The Complete Saga, Indiana Jones is an unlockable secret character. He looks much like the regular variant, except for, as in the previous game, a different stubble pattern.

Indy makes several cameos in LEGO Star Wars III: The Clone Wars, Indy appears in a minigame in the level "Hostage Crisis" where he must jump over bottomless pits in order to earn a Minikit.

Dr. Henry Walton Jones Junior, better known by his nickname Indiana Jones (or Indy, for short), is the son of Dr. Henry Walton Jones Sr. He has a son named Mutt Williams and a wife, Marion Ravenwood. Indy is a professor of archaeology at Barnett and Marshall College, and is also a famous adventurer, who has unearthed countless priceless artifacts, such as the Ark of the Covenant and the Holy Grail. 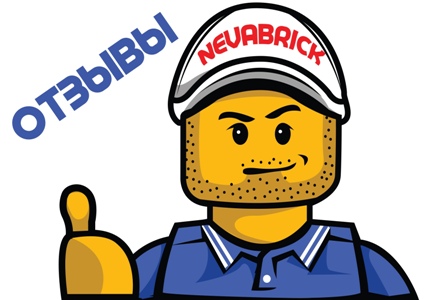 Closed-Loop Additive Manufacturing Could Be Possible Thanks to ORNL Research 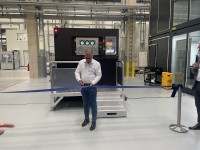 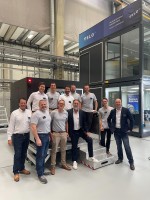 3D Printer Manufacturer MakerGear Is up for Sale